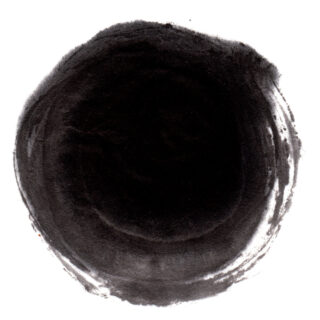 I never saw the wall

I never saw the wall. I moved to Berlin in the year 2000, before I was here only once, in the 90s. I didn’t go to East Germany or Eastern Europe during the ‘Cold War’ – my ignorance can’t be corrected anymore. Now I’m looking for traces of a border I have never seen.

On a long summer evening at the Liesenbrücken, from the former ‘west’. Dark shade under the ruinous iron beams, runners pass by.

On the other side of the tracks of Liesenbrücken is the St. Hedwig Cemetery. Along the Liesenstraße, at the bridge, a remnant of the front wall – ‘vorderes Sperrelement’ – is preserved, as at the cemetery a piece of the rear wall – ‘Hinterland Mauer’. Along the Liesenstraße the graves were cleared to a width of 40 meters. Currently, the compost heap of the cemetery is on this strip close to the track – there I sit, it starts raining and I view in direction of the bridges.

At the northern entrance of the S-Station ‘Nordbahnhof’- that was a ‘ghost station’ in the GDR, entrances walled-up and trains passing through without stops – is the ‘Wall-Kiosk’ (the writing on a printed brick masonry background, ‘wall’ is wall). There are all sorts of things, food, drinks, souvenirs. The operator is chatting with a guest in the evening sun. A few weeks before I bought an already yellowed map with the former course of the wall. It was helpful.

In this Watchtower Jürgen Litﬁn has established a memorial for his brother Günter Litﬁn, that was shot in 1961, while trying to swimm across the chanal to West Berlin. He was the ﬁrst victim at the ‘Berlin Wall’ The tower is preserved inbetween the court of post reuniﬁcation buildt apartment blocks. Evening sun and people sitting on the stairs at the chanal side.

From Spandauer Jagdhaus to Nieder Neuendorf the Wall Trail runs along the former border strip along the Havel through the Neuendorf- er Heide. The political border was in the river Havel. I squat between the path and the banks of the Havel, probably already beyond the course of the ‘Vorderlandmauer’, in former no man’s land, on mossy foundation walls, parts of the ruins of a residential building. Large trees grow between bricks and the remains of tiles.

Down the Liesenstraße – here at the corner to Chausseestraße, on the site of the former border crossing with that name, a ‘Total’ petrol station. Red taillights of the ﬁlling up cars, in the illuminated cash hall there is coﬀee and so on. ‘Welcome’ on the sign in front.

This website uses cookies to improve your experience while you navigate through the website. Out of these, the cookies that are categorized as necessary are stored on your browser as they are essential for the working of basic functionalities of the website. We also use third-party cookies that help us analyze and understand how you use this website. These cookies will be stored in your browser only with your consent. You also have the option to opt-out of these cookies. But opting out of some of these cookies may affect your browsing experience.
Necessary immer aktiv
Necessary cookies are absolutely essential for the website to function properly. These cookies ensure basic functionalities and security features of the website, anonymously.
Functional
Functional cookies help to perform certain functionalities like sharing the content of the website on social media platforms, collect feedbacks, and other third-party features.
Performance
Performance cookies are used to understand and analyze the key performance indexes of the website which helps in delivering a better user experience for the visitors.
Analytics
Analytical cookies are used to understand how visitors interact with the website. These cookies help provide information on metrics the number of visitors, bounce rate, traffic source, etc.
Advertisement
Advertisement cookies are used to provide visitors with relevant ads and marketing campaigns. These cookies track visitors across websites and collect information to provide customized ads.
Others
Other uncategorized cookies are those that are being analyzed and have not been classified into a category as yet.
SPEICHERN & AKZEPTIEREN
Unterstützt von